Myanmar had been experiencing a rough year since 2020 due to the outbreak effects of Coronavirus disease and became rougher in 2021 after the Military coup process happened. In 2022, the country is adapting to the current situations such as fights between the military forces and people’s defense forces, the new Omicron Covid-19 cases, and sudden rises in Fuel prices due to Russia’s invasion of Ukraine, and the electricity shortages in almost every part of Myanmar.

If the electricity shortages will continue like this throughout the whole year, there might be some impact on the media landscape including social networks, digital media, and other print media as well and also expect to see a rise in the sales of personal electricity supplies like generators, power banks, batteries, inverters, and solar panels.

By Deloitte’s Myanmar Consumer Survey 2020, there are the top 6 sources of media in Myanmar that affect the consumers’ decisions in making purchases in 2021.

There are 4 major mobile sim service providers in Myanmar which are MPT, Telenor, Ooredoo, and Mytel. According to a survey conducted by Statista between December 2018 and February 2019, 89.4 percent of the respondents stated that they registered their SIM cards with MPT. In addition, the major respondents from this survey used MPT sim cards as their mobile phone operator, followed by other sims like Telenor and Ooredoo.

According to DataReportal, there were nearly 26 million internet users in Myanmar in January 2022. At the start of 2022, the internet penetration rate of Myanmar stood at 45.9 % of the total population. The number of internet users has been found to increase by 1.7 million (+7.1 %) between 2021 and 2022. From this viewpoint, the user shows that about 30 million people in Myanmar did not use the internet at the beginning of the year 2022, meaning that 54.1 % of the population remained offline at the beginning. The reason for the offline users might be due to the military junta forcing the mobile operators to double the cost of mobile data in 2021 December. While the Wi-Fi is only available in major cities like Yangon, Mandalay, and Naypyidaw so people from other places are relying on their owned mobile data.

In the past, 1000 kyats could buy 900MB of data but now it is worth only 500MB which is almost double the past rate of the mobile data price. Wi-Fi charges are also increasing due to rising mobile tax rates. Previously, minimum Wi-Fi prices were between 25,000 mmk and 30,000 mmk (nearly $16) per month for 15 megabits per second. Currently, most the Telecoms sources estimate that the minimum prices may increase up to 45,000 mmk (nearly $25) per month. According to Freedom House, the recent study for annual internet freedom which is a survey named Freedom on the Net 2021 to analyze internet freedom around the world, Myanmar only ranks 17 out of 100 in internet freedom. Because of the reasons above, the number of internet users is expected to decrease throughout the whole year 2022.

However, there are still significant amounts of social media and internet users in Myanmar. The media is still adapting to the situations and for the marketers, understanding the customers’ needs and knowing how to communicate with them is important. We will project the total overview of the Media Landscape for Myanmar in 2022 in the following article.

According to the study on the role of Social Media in Myanmar’s CDM from NUS (2021), internet penetration reached 23.65 million internet users with an increased number of 3.5 million users between 2019 and 2021.  Among them, there are 20.75 million social media users in Myanmar in January 2022 and which is equivalent to 37.7 percent of the total population.

The top 10 websites in Myanmar according to the editor’s pick, the web traffic, and the most popular amongst the majority of Burmese people are as follows. (Some of the websites are removed due to illegal copyright and irrelevance.)

The ranking is determined by the current events in Myanmar and updates between the years 2021 and 2022. Most Burmese people use social media from mobile apps rather than from direct websites. In Myanmar the national language, Burmese is the most spoken language, and to reach the mass audiences in Myanmar, it is better to promote this language as the main and English as the second prior through the websites, social media, and mobile apps.

According to StatCounter (gs.tatcounter.com), 85.97 percent of mobile users in Myanmar use Android OS smartphones, and 13.71 percent of mobile users in Myanmar iOS smartphones in 2022. Most Android OS smartphone users can easily download the applications from Google’s PlayStore and Apkpure.apk  and the iOS users can download them from the iOS app store. So Burmese people can easily use any applications they want according to their interests.

Major mobile users from Myanmar use Android OS so the download from Google’s Play Store is significantly higher than the iOS app store.

The top 10 Mobile Applications in Myanmar in 2022 according to mobile app statistics are as follows.

There are also other popular social media apps like Instagram, WhatsApp, Line, and Twitter. At the start of 2022, because of the mobile data prices rising and the electricity shortages, the usage of social media applications decreased as mentioned above. If the country would continue like this throughout the whole year it is expected that the reach of social media will eventually drop.

Even though online social media is becoming more popular, as in Myanmar which is still a developing country, offline media also takes part as an important role in marketing.

As in the current situation in 2022 which is in most parts of Myanmar, it is difficult to access the internet, it is expected that offline media marketing will make more reach than last year.

There are the popular TV channels in Myanmar and among those, the following 3 channels are good for advertising or have major personal interests.

Channel ME: A free-to-air channel formerly known as MRTV entertainment broadcasting 24 hours with the sole purpose of entertaining programs to the public.

Channel 7: A free-to-air channel targeting the youths or younger audience of Myanmar. It has been becoming so popular for its youth-oriented programs and outstanding line-ups including the newest and the most creative programs in the country today.

Top TV shows in Myanmar in 2022 according to the editor’s choice are as follows.
1. Khit Thit Pyo May: The talk show of beautiful and talented women
2. Myanmar’s Got Talent: The Burmese version of the Got Talent franchise
3. Mingalarbar: Morning chat show
4. The Money Drop Myanmar: Burmese reality television game show
5. MasterChef Myanmar: Burmese competitive cooking show

Top 3 Print Media of Myanmar are

In 2022, the cause of major electricity shortages and the cut-off of internet connection, print media is expected to take part in a huge role in marketing.

If you are launching a new product and if you are targeting the audiences on vehicles like cars and buses, advertising your product on the radio is the best way to reach the desired amount of audience in Myanmar. Those channels are also available for listening from websites. It is not a bad idea to give a chance to advertise from radio media.

After the junta happened in Myanmar in 2021, some people who can’t access the internet are relying on the reliable news from the news radio channels like CNA, BBC, and RFA

Those 3 channels are examples of car radio channels and are best used for marketing the audiences on cars and buses.

The most influential celebrity for Myanmar in 2022 might be “Paing Takhon“. He is not only famous in Myanmar but also famous in most Asia countries and all over the world. He has gained even more recognition since the start of the military coup in Myanmar. When the coup happened, he took part in most of the protests and anti-coup activities. So he even got more support from the locals and his Facebook page reached over 2 million followers fans all over the world. On April 8, 2021, he was arrested by the military. TC Candler issued Paing Takhon is ranked #1 in the list of “The 100 Most Handsome Faces of 2021” in December that year.  On March 2 of 2022, he was released from Prison (Insein) under the state pardon.

The famous celebrity influencers according to the majority of Burmese people and the editor’s choice are as follows. 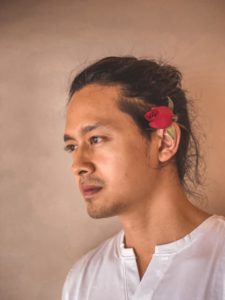 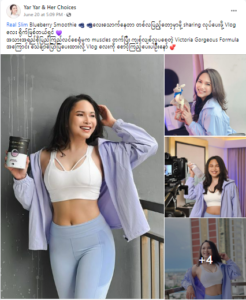 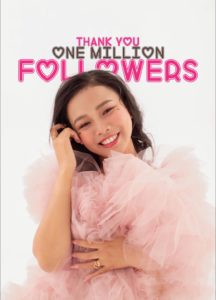 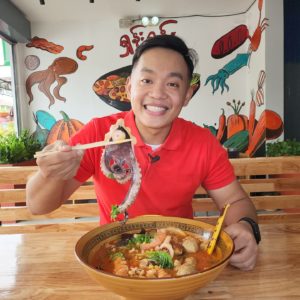 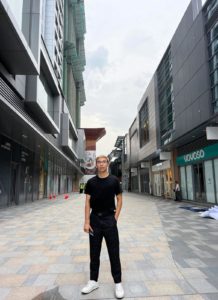 E-commerce has quickly become a key industry in Myanmar during the pandemic and the government is also aware of the potential of the e-commerce sector through the development of draft e-commerce guidelines. Zico Law states that no investment restrictions are made in Myanmar, so e-commerce businesses of any type can invest as 100% foreign-owned businesses.

As stated by MMtimes and Borgen magazines, the E-commerce market value in Myanmar was just USD 6 million as of 2019, and its retail market is estimated to be worth nearly $10 billion in January 2020.

In accord with Statista’s survey conducted between December 2018 and February 2019, its respondents stated that e-commerce was suitable to use as a tool to sell goods because products were delivered to the home. In addition, they also had concerns about data privacy and safety due to e-commerce.

Many people in Myanmar shop on Facebook although online shopping websites and apps are growing. Among websites, Shop.com.mm and RGO47 are the top marketplaces for online shopping. It is still a good opportunity for e-commerce since around 30% of Myanmar’s population is living in cities and 70% of them are under 40 years old.

Due to the electricity shortages in early 2022, e-commerce platforms are expected to decrease a little bit.

In 2018 Myanmarinsider.com estimated there were 180,000 active online buyers at present.
Even if we take a very conservative estimate of 1% of internet users making online purchases, there are 180,000 active online buyers at present. Based on a recent Myanmar Insider survey, with an average online transaction value of $20, even if one user only buys a single time throughout the year, it’s $3.

Myanmar’s e-commerce market is very much spread out, starting with individuals who sell wares. They no longer need shops, where one can buy almost everything on their online platforms.

Online payments are becoming more popular in Myanmar over the years. A survey conducted by Statista states that 83.2 percent of the survey respondents transferred money through service providers and only 0.8 percent of them claimed that they use e-payments for mobile bills.

In late 2021, cryptocurrency became more popular in Myanmar. After the coup had happened, the exchange rate from e-wallet to cash had more transfer tax and at the start, it was 5% of the transferred money and eventually dropped to 2.5% or 3% in 2022. But it is expected that the payment platforms will become stable in the upcoming months of 2022. The most famous e-wallet platforms are

There are other platforms like M-Pitesan, OK$, My Money, and MPT Money but the above 3 of them are the most famous among the Myanmar majority.

The Myanmar media landscape has changed since the pandemic and people have some limitations on using the internet, electricity shortages, rising commodity prices, etc. due to not only the fights between military and local People Defense Forces but also the global economic and political trends. Therefore, every business needs to be aware of the current situation in Myanmar. We hope this article will give you a brief overview of the Myanmar media landscape for 2022 and understanding this landscape will help you a lot in starting a strategic marketing plan for your brand effectively. Here are some simple tips that can help your marketing plan effectively.

If you want to be successful in doing marketing in Myanmar you can check out this article. https://blog.happioteam.com/marketing-in-myanmar-insights-from-online-agency-happio/

Our Happio team specializes in “Creative Digital & Activation Marketing” for the Myanmar market. We hope this article is useful to you, if you face any problems with marketing in Myanmar, feel free to contact us for consultation, we are open for a friendly phone call or email!

Covid Vaccination Situations and Business Opportunities in the CLMV Countries