Myanmar and the COUP

For decades Myanmar was ruled by the army. Ten years ago, the country started to reform, moving to democracy. The significant change happened in 2010 when the daughter of General Aung San, Aung San Suu Kyi, was back to her freedom and led her National League for Democracy (NLD) to win the election. From the last 25 years, this was the very first election officially under ‘democracy’. 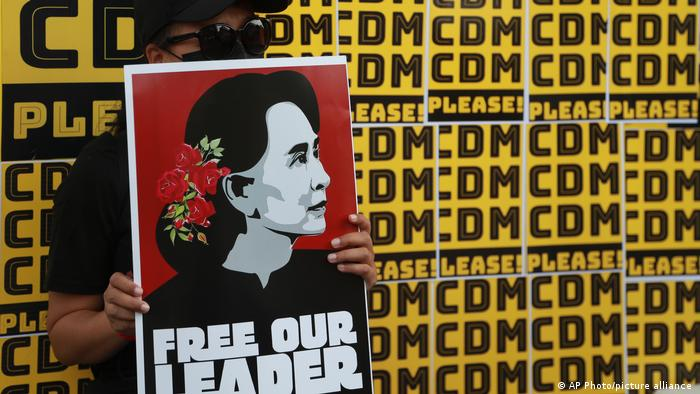 Except for her international image after ignoring the Rohingya case, Suu Kyi together with NLD is a democracy icon for Myanmar and has been managing the country for around 5 years from 2015 to 2020, even 1 in 4 of the parliament seats still belong to the army. And now the armed forces, led by Min Aung Hlaing, are back in charge on 1st February 2021, and they also announced the state emergency for over 1 year from now. 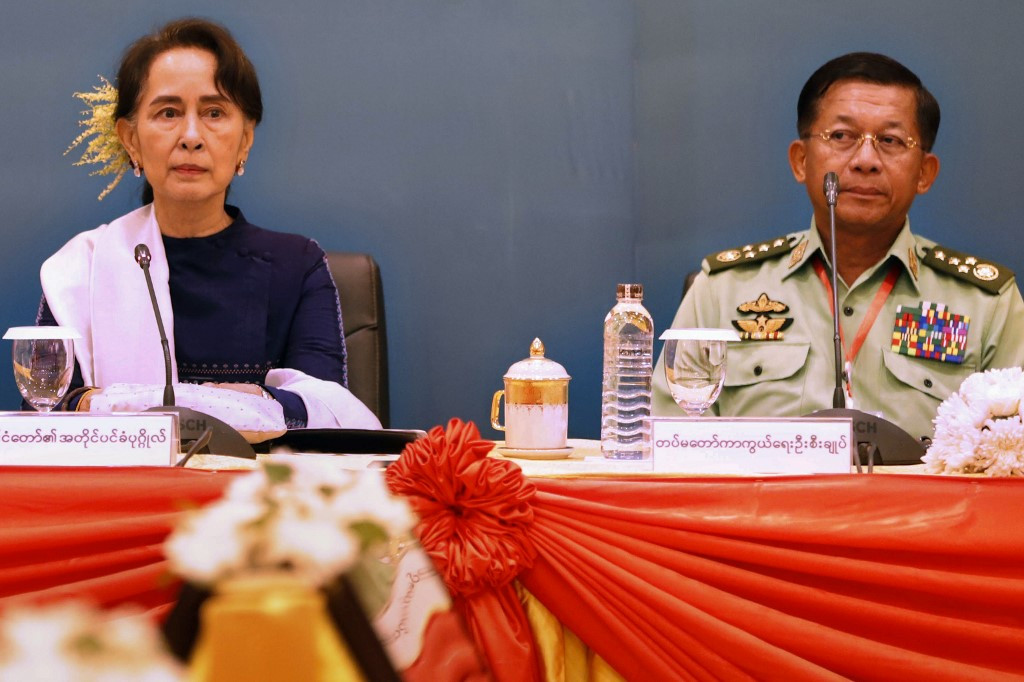 The coup comes with tons of changes, and these changes not only affect Myanmar marketing but also ASEAN included with Thai brands. Accordingly, this content will invite all Thai brands in Myanmar to plan together. Let’s see what should Thai brands do in Myanmar after the coup?!

Changes after the coup

The state of emergency raises up the anger and encourages tons of people to do the Civil Disobedience Movement (CDM). What features on social media, not only Burmese but international, is the images of uncountable people on the roads. The protesters come from everywhere and every occupation ranging from students, teachers, lawyers, workers in private business, government staff, celebrities, stars, and even police officers. 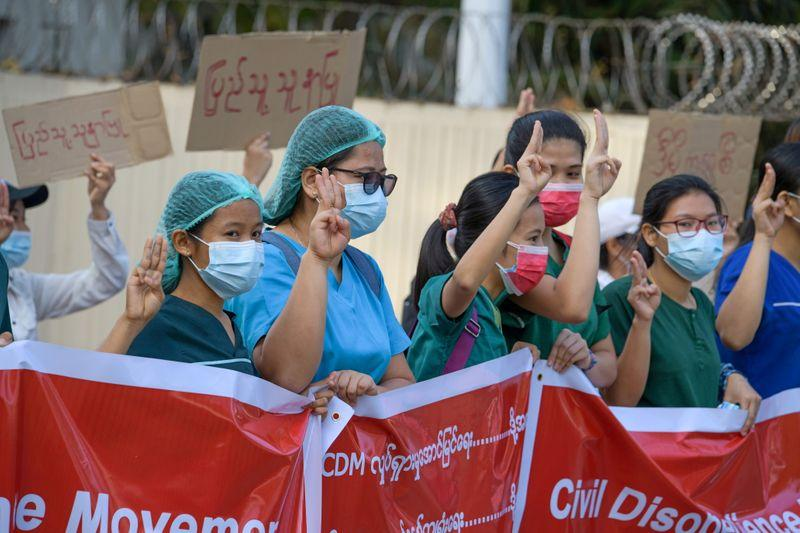 Medical workers come out for their country
Image credit: Pratirodh

Celebrities like Mya Hnin Yee Lwin and Paing Takhon also came out to do CDM
Kyaw Moe Tun, Myanmar UN Ambassador also call out when he was in the UN meeting
Images adapted from: Fashion-MM, Poetry of B*tch, and Japan Times

It has been almost 2 months already that the military government still cannot continue their work and officially rules the country. Even if hundreds of good souls had been torn down, Myanmar people still fight for their rights. They pound each other and try hard to prove to the world that the power of people can make a difference.

Anyway, the country has to pay a lot for the situation. Many people stop working to join the protest, some are paid and many are now lacking income. Most of the government employees are doing CDM (Civil Disobedience Movement) and they don’t get paid salaries too. Some airline employees and bankers are also doing CDM. But all the public companies are still running their businesses. The working conditions in the provinces are still like normal except for the big cities Yangon and Mandalay. 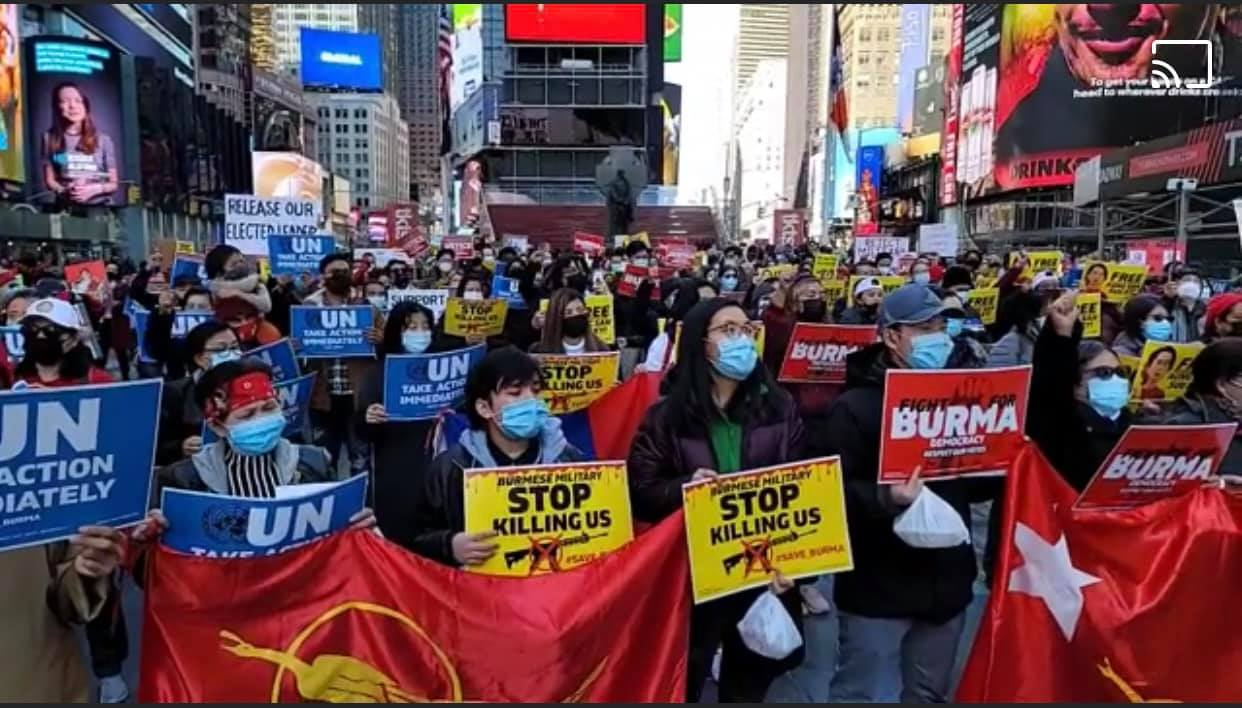 The military government cut down the mobile data internet connections for all operators but still can use wifi routers. Even though wifi still works, every home doesn’t have wifi. So it’s a bit harder than before for those who have to work online.

Also, with millions of people on the road, businesses cannot run as per normal. What most companies in Myanmar are worried about is the daily operation (cannot open/ cannot deliver product), employee safety which some plan to move their employees out for some period, and significantly the compensation because many companies have to freeze their work. 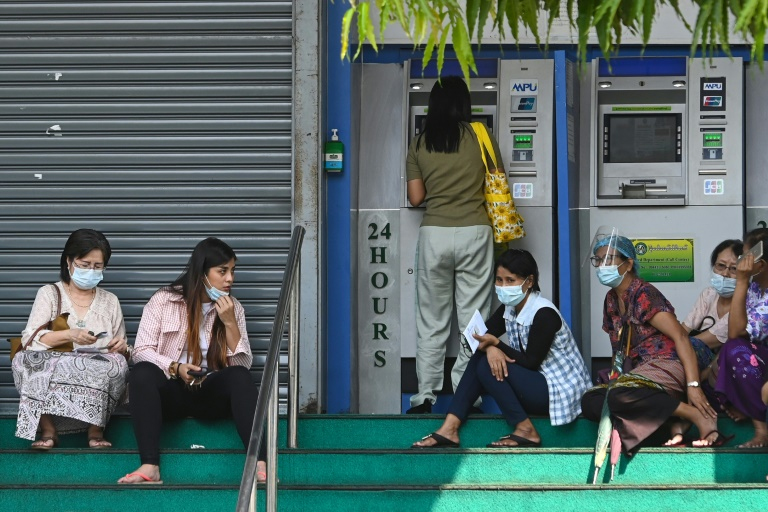 People in Myanmar are boycotting the brands which are related to military example MyTel (one of the biggest telecoms in Myanmar) and Myanmar Beer. They start buying the local small business brand instead. For example, instead of drinking Myanmar Beer, they support the new local beer brand Peacock. People mostly have to use cash because of the internet break down and the mobile banking, ATM are not working well.

What Thai brands in Myanmar should beware of?

Caring and understanding people can be a good basis and a good start for bands to craft products or campaigns that respond to their needs.

This is the serious problem where every detail matters, and your ambassador can also be a critical point.

Stars and celebrities in Myanmar come out to show that they stand together with the people, and some even join the civil disobedience movement. Those will get a lot of support from Myanmar people.

And sure, a boycott for those who stay silent or go with the armed forces. Some Thai bands in Myanmar faced a problem that actually came from their own ambassadors. People start emailing and commenting to warn the band for a boycott if the band is still using some particular celebrities who take a military side. 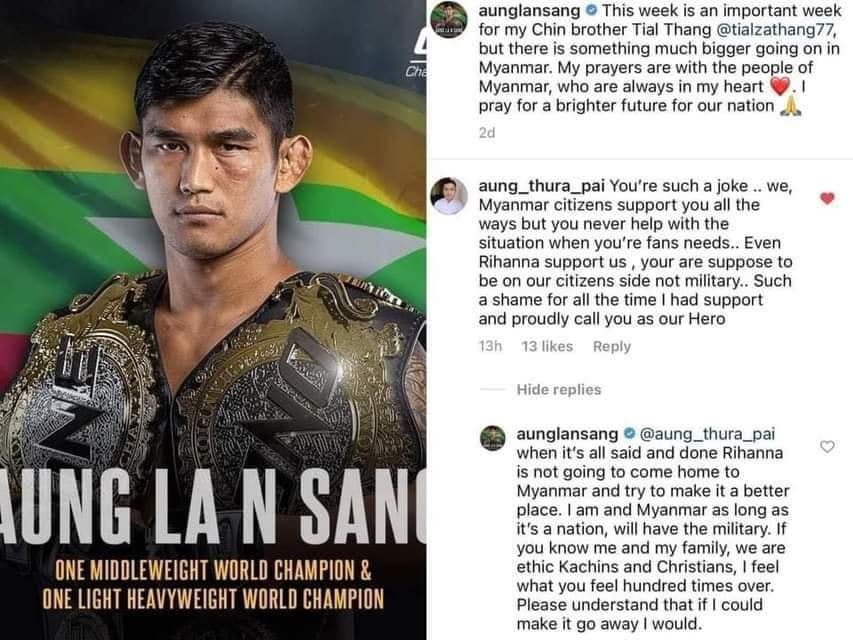 As in the case of Aung La Nsang, after he kept silent about the coup on his Facebook and also gave back an unpleasant comment to netizens, he was banned from Myanmar people. Tons of negative comments were spreading on his social media channels even if he decided to finally call out.

Another example is Nay Chi Oo who is one of the most famous beauty bloggers and actresses in Myanmar. Even if her father retired from the military already but people still boycott her because of her family background. All the brands working together with her are forced to boycott her too. All her facebook accounts, pages and YouTube channel  were reported and all the brands removed her from a brand ambassador position.

3. What should and shouldn’t do on social media

Being a good listener and open space for people to share their opinion are the best things that Thai bands in Myanmar can do now.

Too much fun and entertaining contents might not work during this time. News, important updates, and uplifting contents can be a choice to keep your social media channel active.

Opportunities for Thai bands in Myanmar?

As you have heard, every cloud has a silver lightning” The demand in buying products is still the same, but you have to carefully plan for the daily operation and delivery processes.

With pressure from various nations, Myanmar is likely to face an international boycott. With this point together with the stop of many industrial departments in the country, border trading becomes more important for the country right now. Accordingly, Myanmar loosen conditions and restrictions for border trading for both import and export trading focusing on consumer and daily used products.

The consumer product still has a room to go. Rice, oil, dry food, canned food, instant noodles, medicine, and daily using products like sanitary pads are what people have to use and buy. 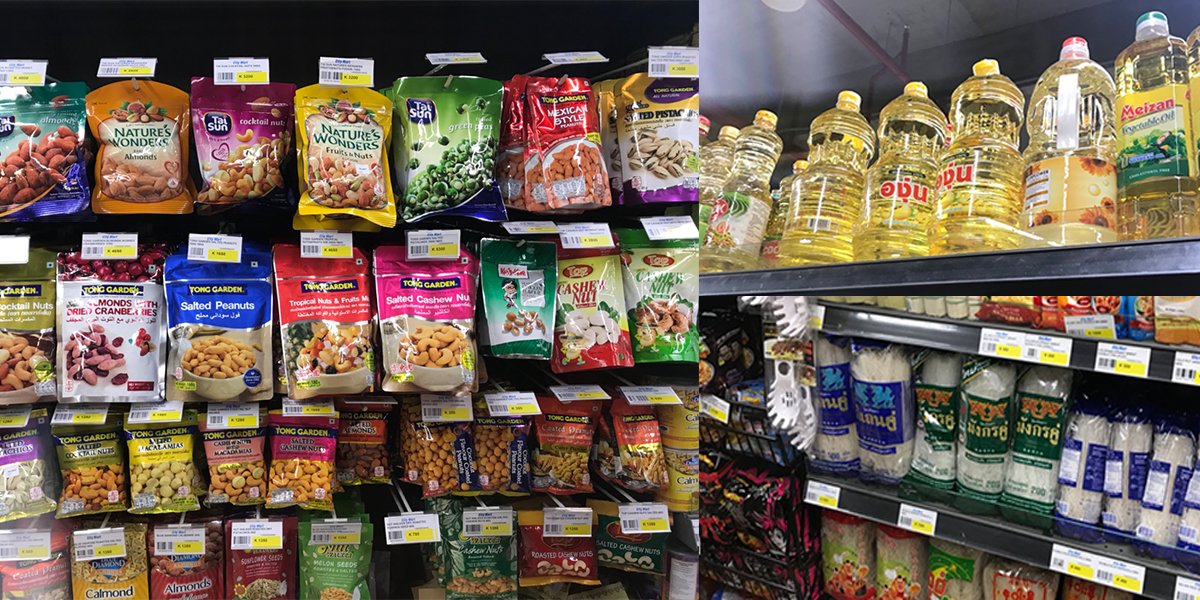 Aside from that, bands under the military government are banned from local right now. Most local shops take it out from their shelf, so it’s a good time for Thai brands to replace and win the local heart. 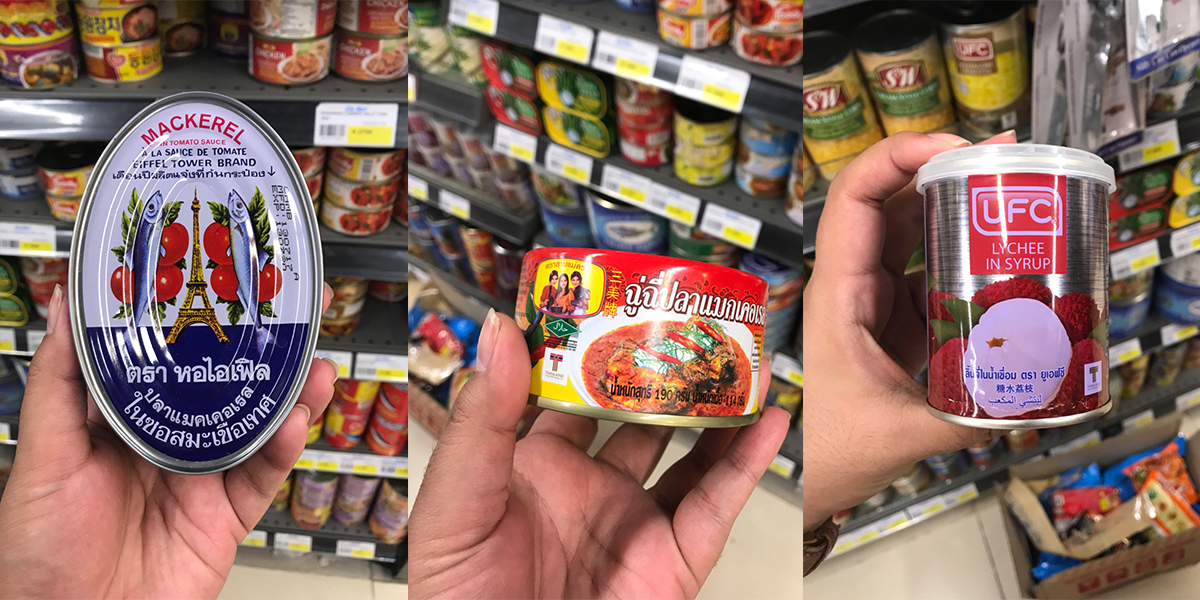 Plus, supermarkets and big stores like Makro, Ocean, and City Mart become more important as the fresh markets are under the controlled opening at a limited time. More importantly, the shelf of those stores are full of Thai bands. 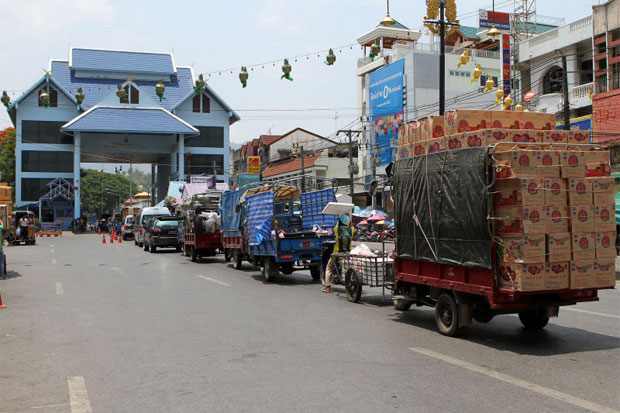 If your products are still on the shelf there, you will get a benefit from this situation, can even say for sure. But importing products into the country is what bands still have to focus on. Even if the conditions and regulation for border trading are increased, Thai companies still have to be careful with the document and daily operations anyway.

Thailand and Myanmar are connected with not only the longest border but also the similar culture and long relationship. This point may lead Thai companies to some benefits for doing business in Myanmar both for now and in the near future. 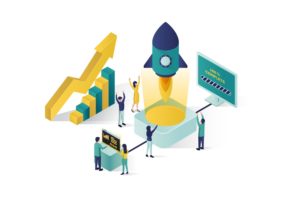 Crypto currency has a chance to grow after the government loses its trust, and citizens will also need a new way to find income from the global economy. Even though the mobile internet is down, wifi is still usable. Any new tech startup that can solve the problem that Burmese people are facing right now will have a chance to grow.

For example, tech startups that could offer freelance jobs from all around the world with the payment method that is difficult for the government to intervene or chat apps that people don’t need to use the mobile internet.

3. The opportunity for Thai bands to beat Chinese bands 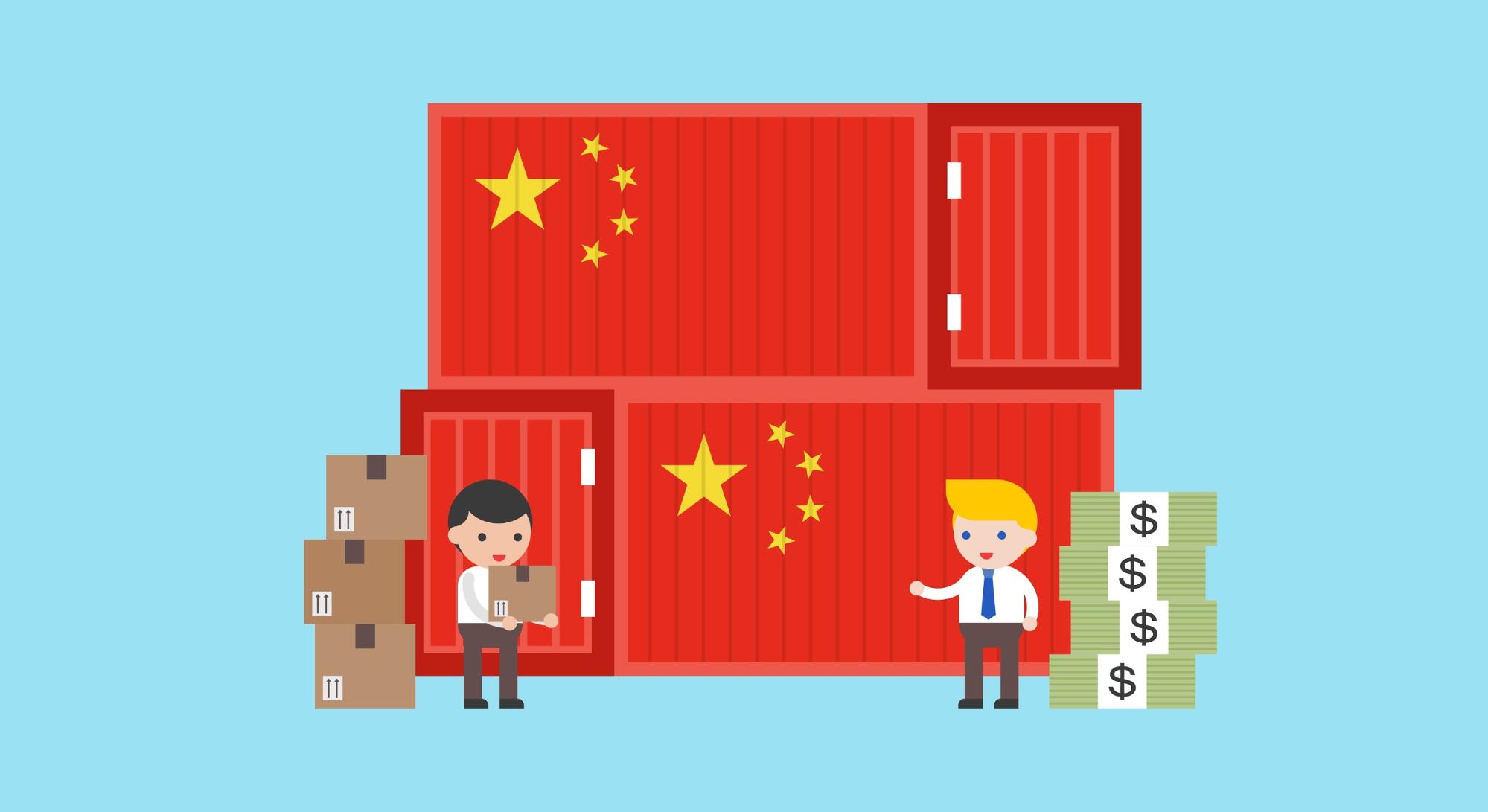 If your competitors are the Chinese companies, it’s your time. The international stage, especially the US, are worried about the relationship between Myanmar’s military and China that seems to be closer since the coup happened. There is even a rumour saying that Chinese soldiers flew to support the Myanmar military.

So, most of Chinese related bands are now under a local boycott. It means your competitors have many things to think about right now.

We update what you need to know!

With the local team, we have the insight update on what is happening together with advice on what business should do. We can be your consultant and good partner!

We know about Myanmar marketing in Thailand

Changing your target to Myanmar people in Thailand. Is that a good idea?! There are many Myanmar friends who still live and work in Thailand, and we know about them!

We will support you with more opportunities in CLMV markets

We have to admit that the situation in Myanmar right now is hard to evaluate and might have to pay the price if we have to wait for it to end.

You can contact us at any time, tell us what you are worried about, and make the success happen with the Happio team!

Lastly, the Happio team also desires to show our care for all Myanmar friends both in Thailand and Myanmar. The deadly coup and how they crackdown the protest can obviously be seen by international eyes, and it’s very matter for their status in the world stage. We all know and hear your voice!

Covid Vaccination Situations and Business Opportunities in the CLMV Countries